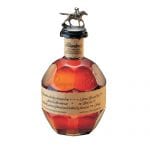 *BACK ORDERED UNTIL FURTHER NOTICE